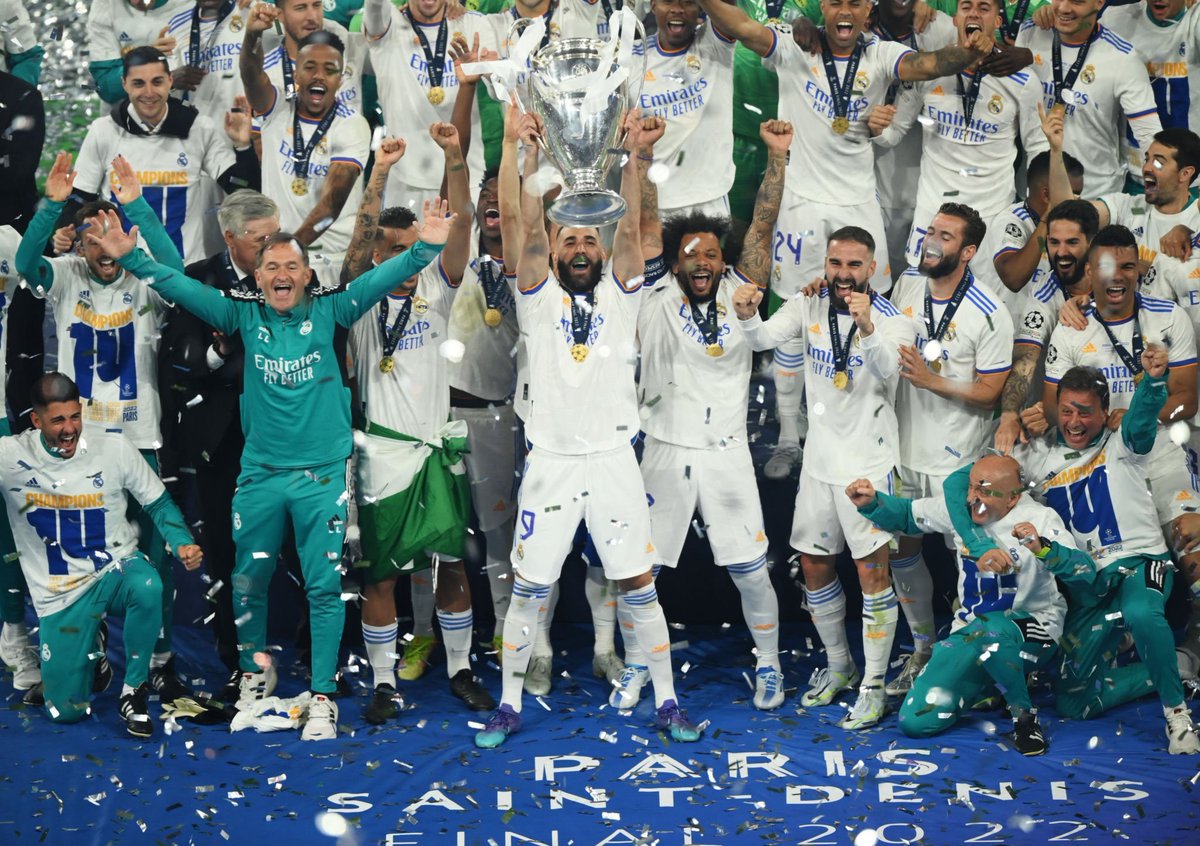 Real Madrid won the Champions League for the first time in four years after beating Liverpool 1-0 at home. Premier League heavyweights Liverpool dominated the first half of the final and they were fortunate to go into the half-time break on level terms with the two teams failing to score. Real Madrid had Belgian shot stopper Thibaut Courtois for a clean sheet in the first half and at the end of the game. Courtois made several saves to deny Mohamed Salah, Sadio Mane and other Liverpool players.

Salah had talked about having a score to settle ahead of the Champions League final, but he was not able to achieve it thanks to the win from Real Madrid. The Spaniards won the final thanks to the second half strike from Vinicius Junior. Brazil international Vinicius Junior scored just before the hour mark off the assist from Uruguayan midfielder Federico Valverde. Afterwards, Courtois and Real Madrid held on to win the Champions League again.

Sergio Ramos was part of the Real Madrid squad that won the Champions League the last time before the latest win. Liverpool were also the beaten finalists when they last won the competition in 2018. Welshman Gareth Bale scored twice in a 3-1 win over Liverpool during the 2018 Champions League final.