Real Madrid skipper Sergio Ramos says that he wants international teammate Alvaro Morata to remain at Estadio Santiago Bernabeu but he knows that it is increasingly likely that he exits the club this summer. 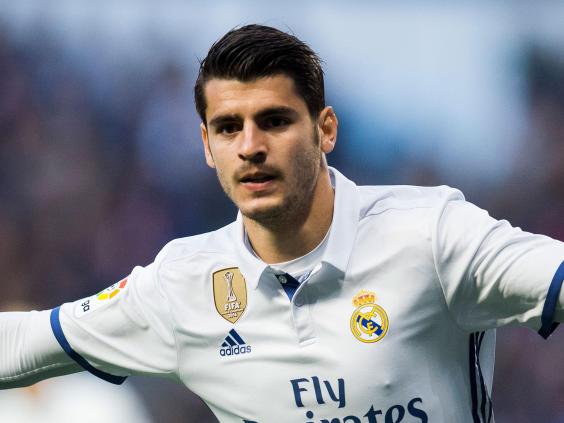 Ramos admitted that he is not certain the player would remain at the club next term. Manchester United are expected to complete the move for the player in the next few days. Madrid had activated the buyback clause they inserted in the sale of the striker to Juventus last summer. However after spending €30 million on the deal, he was relegated to the bench as star striker KarimBenzema stepped up his play to win the favour of the coach Zinedine Zidane.

Morata, who was a regular at Juve, started 14 La Liga games and just one in the Champions League. He managed to score 20 goals in all competitions. Ramos says he has a “special affection” for Morata and wishes him the best if he decides to leave.

Madrid are expecting upwards of £75 million as they also have plans to lure Monaco star KylianMbappe to the Spanish capital. Old Trafford believe that Real would come down a bit so they can finalized the deal after their bid of £52 million was rejected.

Spanish sources say Ramos is not very open to the idea of signing Mbappe. There were reports that Real was considering a player plus cash swap deal for Mbappe with Monaco. They would offer Benzema and more cash with hope of getting the youngster. The French side want £130 million in a bid to scare off interests but Real are unshaken.

Ramos does not want the club to spend such on the youngster, claiming it is risky and that Mbappe might not be worth the price. DiarioGol reports that Ramos says the player might eventually not be as good as the attacking trio at the club now.